What is DDX3X syndrome?

DDX3X syndrome occurs when there is a genetic mutation/variation of the DDX3X gene. It happens when one of the two copies of the DDX3X gene has lost its normal function due to a ‘spelling mistake’ in the gene. Genes are made of DNA and by making proteins they tell the cells in your body what to do and when to do it. These genes are contained within chromosomes which are located within our cells, making the building blocks of our bodies. The DDX3X gene is located on the X chromosome.

The syndrome predominantly occurs in females with developmental delay and/or intellectual disability and the first girls and women with this disorder were reported in 2015. In all females with DDX3X syndrome known so far the DNA change in the DDX3X gene occurred de novo (a spontaneous change, not inherited) and no parents have been found to be carriers of the same change in the DDX3X gene. There are fewer boys with the syndrome. In those that have been found some have de novo mutations and some are inherited.

How is DDX3X syndrome diagnosed?

DDX3X syndrome can be diagnosed via genetic testing on DNA. In the UK testing has been available through the Deciphering Developmental Disorders (DDD) Project and the 100,000 Genomes Project and, from October 2018, has become available via the NHS Genomic Medicine Service.

Your paediatrician may be able to organise testing themselves or you can ask your doctor or paediatrician to refer you to your nearest NHS Clinical Genetics department. https://www.bsgm.org.uk/public-patients-families/

Read the Unique leaflet for more information on DNA sequencing. 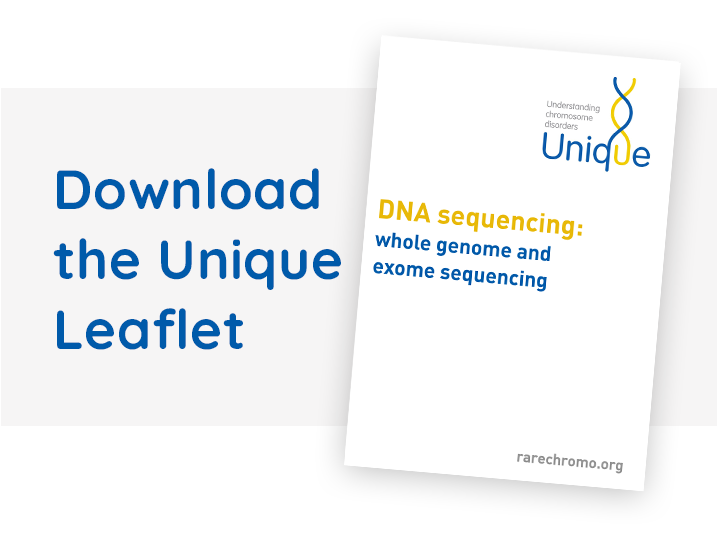 What are the symptoms of the syndrome?

Individuals with DDX3X syndrome have different medical problems and varying degrees of developmental delay. The symptoms range through mild, moderate to severe. It’s not possible to predict a developmental path because of these differences in the severity of the condition. There are, though, some common symptoms:

Other symptoms may include:

Although great care has been taken in the compilation of this work to ensure accuracy, DDX3X Support UK cannot accept responsibility for any errors or omissions. Any medical information is provided for education/information purposes only. You should obtain further information from your medical practitioner.

Contribute to research into this rare condition.

Any links to external websites have been carefully selected but are provided without any endorsement of the content of those sites.